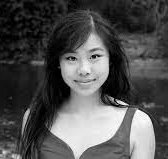 Julie Yuqing Ye is a classical pianist based in Oslo.

As an active soloist and chamber musician she has given concerts throughout Europe. Venues include the Norwegian Opera and Ballet and Oslo Concert Hall as well as Wigmore Hall and Milton Court Concert Hall in London.

After entering Unge Talenter, a program for young and talented musicians at Barratt Due Institute of Music in Oslo, she started studying with Einar Steen-Nøkleberg. In 2018 she completed her Artist Diploma (Diplomstudiet) at the Norwegian Academy of Music, together with a masters degree in Music Performance at the Guildhall School of Music and Drama.

During these years she studied with Marianna Shirinyan, Håvard Gimse, Charles Owen and Katya Apekisheva, as well as Alessandra Georgia Brustia during an exchange term to the Claudio Monteverdi Conservatorio in Bolzano.

Julie's most recent television appearance was at the Norwegian Broadcasting Company's Grieg Anniversary Concert (NRK's Grieg: Minutt for minutt) in 2018. She was also in the NRK show Meisterklasse in 2012 together with Leif Ove Andsnes